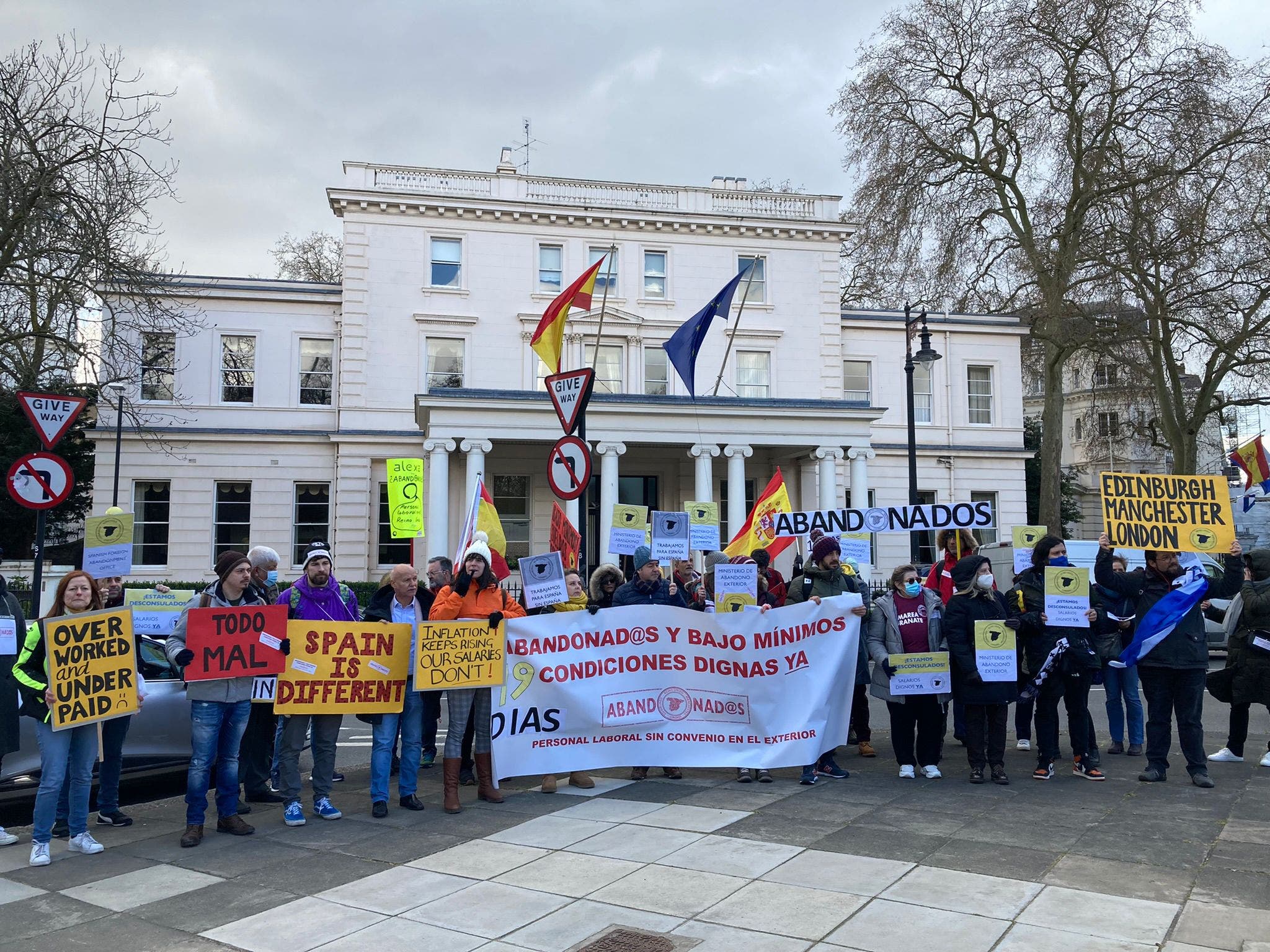 The ONGOING strike by Spanish Foreign Ministry staff at UK embassy and consulate offices could lead to delays in issuing visas.

The warning comes from workers who are now in their fourth week of industrial action to protest against unequal pay and job insecurity.

“Investors and others with interests in Spain will find it difficult to obtain a Spanish visa in the coming weeks,” warned a statement from the union behind the strike which began on March 14.

Since then, anyone wishing to invest in Spain or stay there for more than 90 days must apply for a visa.

However, the indefinite amount has resulted in a shortage of nominations and significant delays in processing applications.

“Users of Spanish consulates are beginning to suffer the consequences of this situation as there are limited appointments and significant delays in the processing of applications,” warned Plex Reino Unido, the group of workers behind the strike.

“In addition, applications for NIEs – an identification number always required when there is a financial relationship with Spain – may also be affected,” they said.

In a statement from the workers organizing the industrial action, a spokesperson explained: “We are asking the Spanish government for wage increases and wage parity after years of wage freezes.”

“The workers affected find themselves in a situation of extreme precariousness and vulnerability caused by the decline in purchasing power since their last annual salary adjustment in 2008. In addition, they are suffering the effects of the cost of living crisis, in a context of significant increases in inflation. and National Insurance contributions, while being limited to three of the most expensive cities in the UK.

“As a result, some wages will be unlawfully below the UK national minimum wage threshold after the next adjustment, causing real hardship for workers.”

They continued: “This situation led to a feeling of abandonment by the Spanish authorities, which was particularly felt by the more established members of the team. Due to this lack of salary adjustment, some senior managers now find that their salaries are lower than those who have recently joined the team – who rarely reach 25,000. Under these circumstances, they cannot foresee a future at the mission. Spanish.