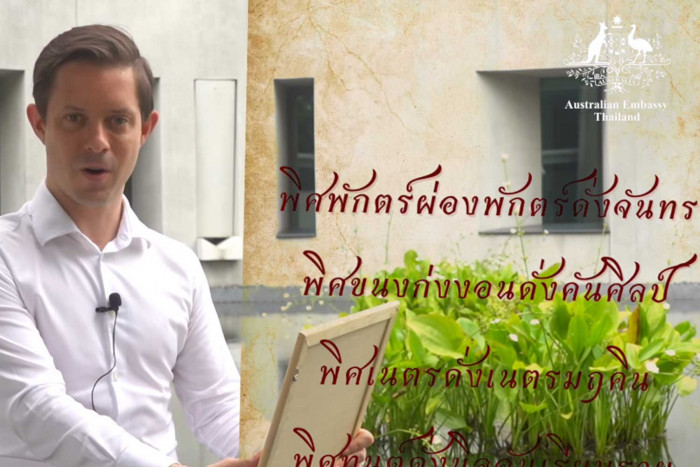 Diplomats and officials from foreign embassies in Bangkok used the video to show off their Thai language skills to celebrate National Thai Language Day on Friday.

The U.S. Embassy posted a clip on its Facebook page showing embassy officials introducing themselves in Thai, talking about Thai dishes, words they liked, and saying words they thought were difficult.

The Chinese Embassy posted a video on Facebook showing its officials speaking Thai sentences and all said the Thai language was not difficult.

The German Embassy on Facebook featured some of its diplomats and officials reciting Thai poems.

Other embassies have also released clips of Thai-speaking diplomats and officials to mark the important day.