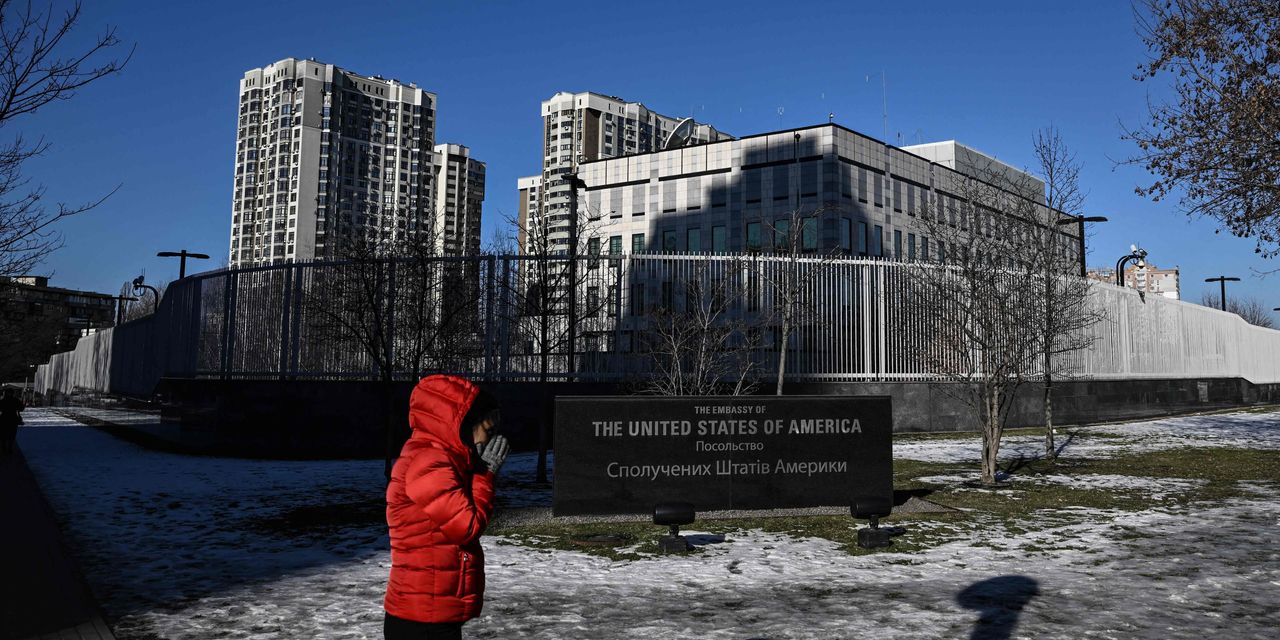 In an emailed letter reviewed by The Wall Street Journal, Foreign Service officers and other staff criticized what they described as the department’s “lack of responsiveness” to requests for help from their Ukrainian colleagues.

The State Department has sought to assure staff that the safety and well-being of local Ukrainians employed by the Embassy in Kyiv and the U.S. Agency for International Development is a priority, including during a Wednesday town hall style. But staff in the letter said their concerns had not been addressed.

“Our Ukrainian colleagues deserve better,” the February 24 letter read. “Now is when they need our help the most. We are concerned that their needs have not been prioritized.

State Department spokesman Ned Price called locally employed embassy staff “the heart of our embassies around the world,” and said Secretary of State Antony Blinken and his leadership are regularly in contact with Kyiv staff employed locally.

“We are exploring all legal options available to us to enable us to support them in what is clearly a very difficult time for our local staff,” Mr Price said.

The State Department’s Bureau for European and Eurasian Affairs is working on an official response to the letter, a US official said.

After the US withdrawal last summer from Afghanistan, in which 13 US soldiers were killed in a suicide bombing during the evacuation, the State Department adopted a “zero risk” policy for the personnel of the Ukrainian Embassy as a Russian invasion became more imminent.

In July, personnel in the Afghan capital, Kabul, sent a classified cable to Secretary of State Antony Blinken, expressing concern over the slow pace of evacuations, particularly of locally hired personnel who may be targeted for their service in the US government.

On Friday, Russian forces moved by air and land to attack Kiev and the capital’s defenders dug in positions along its wooded edge and deployed for urban fighting inside the city center.

Non-essential US embassy staff and families of diplomats were ordered out of Ukraine last month.

This month, the embassy itself was closed and all US diplomats were ordered to leave Kyiv.

“The prevailing feeling among local staff is that they have been ignored and left to fend for themselves,” the letter reads. The signatories called on the State Department to show “flexibility and empathy wherever possible, and to provide life-saving assistance.”

A U.S. official said the official view in Washington was that while locally recruited personnel in Ukraine served the United States loyally and deserved assistance, their service at the U.S. Embassy did not directly put their life in danger.

Corrections & Amplifications
Some US diplomats who were ordered out of Kyiv earlier this month traveled to the city of Lviv, near the Polish border, while others traveled to the United States or elsewhere. A previous version of this article incorrectly mentioned all diplomats transferred to Lviv.

Appeared in the print edition of February 26, 2022 under the title “The United States is invited to help the staff of the Embassy of Ukraine”.