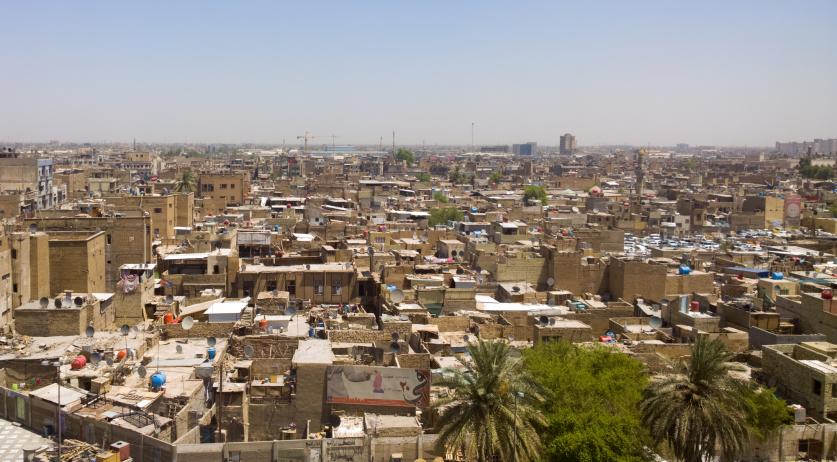 Dutch embassy staff in Iraq evacuated due to political unrest

For their safety, employees of the Dutch embassy in Baghdad, the Iraqi capital, work and stay temporarily in the German embassy elsewhere in the city. The Dutch Ministry of Foreign Affairs announced it. The security situation in the country has further deteriorated and the ministry has tightened travel advice due to the political unrest.

The Dutch embassy is located in the middle of the international zone, also called the green zone. “It’s currently very hectic there; exchanges of fire take place around the enclosure. The German Embassy is far from this area. As soon as it is safe again, the employees will return to the Dutch embassy,” the ministry said.

For most of Iraq, including Baghdad, travel advice has long been red. This means: do not travel there, whatever your situation. The ministry also issued red travel advice to the city of Basra, which was previously orange.

“Dutch people in these red zones are again urgently called upon to leave the country if it is safe to do so. This call already applied, and we are repeating it now,” the ministry said. there are major security risks there. Do not postpone your decision to leave to the last minute. The ministry stressed that the embassy would probably not be able to help Dutch people who decide to stay in Iraq if the security situation is further deteriorating.

The ministry also reports that violent protests are taking place in many places in Iraq and that a ban on being on the streets applies across the country from 7 p.m. local time from Monday. “Avoid these demonstrations and gatherings. All access roads to and from the capital Baghdad are closed,” the ministry said.

Foreign Minister Wopke Hoekstra said on Twitter that he was monitoring the situation “closely”. “I sympathize very much with our colleagues at Foreign Affairs,” he tweeted. “My thoughts are with the Iraqis who lost loved ones today.”

On Monday, fresh riots erupted in Baghdad after influential Shiite leader Moqtada al-Sadr announced his resignation from politics. Automatic weapons regularly fired at least seven mortar shells reportedly landed in the green zone of the capital, where other government institutions and the parliament building are located in addition to the Dutch embassy. Protesters also broke into a government palace there. Doctors reported Monday evening that at least 12 Sadr supporters had been killed and 270 other protesters injured.

2022-08-30
Previous Post: What We Know About U.S. Embassy Staff and Curfews
Next Post: Russian embassy staff among at least 6 killed in Kabul bombing