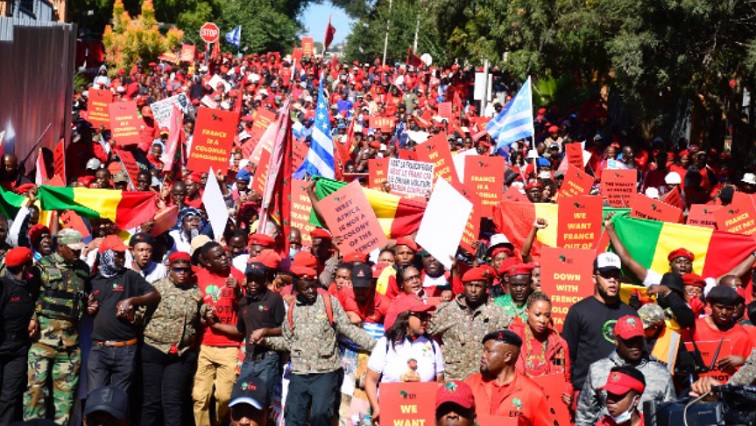 Economic Freedom Fighters (EFF) leader Julius Malema demanded that French embassy staff come out of their offices in Pretoria to discuss with the party the party’s claims about France’s role in Africa.

He says the attitude displayed by the embassy shows that they are not willing to refrain from oppressing Africans.

The EFF held its Africa Day commemoration at the French Embassy, ​​demanding that it stop what the EFF calls the “micromanagement” of African affairs.

MALEMA: The French government and regime have played a direct role in the coups and the unlawful and illegal overthrow of many governments on the African continents. #EFFAfricaDayPicket

MALEMA: We salute and appreciate the work of the revolutionary anti-colonial forces that are beginning to undermine French colonialism…and call on all neo-colonized under the so-called Francophone to reject French colonial domination and control. #EFFAfricaDayPicket

Malema says he won’t read the memorandum to France without their ambassador present.

EFF spokesman Sinawo Thambo says they are committed to the African independence mandate: