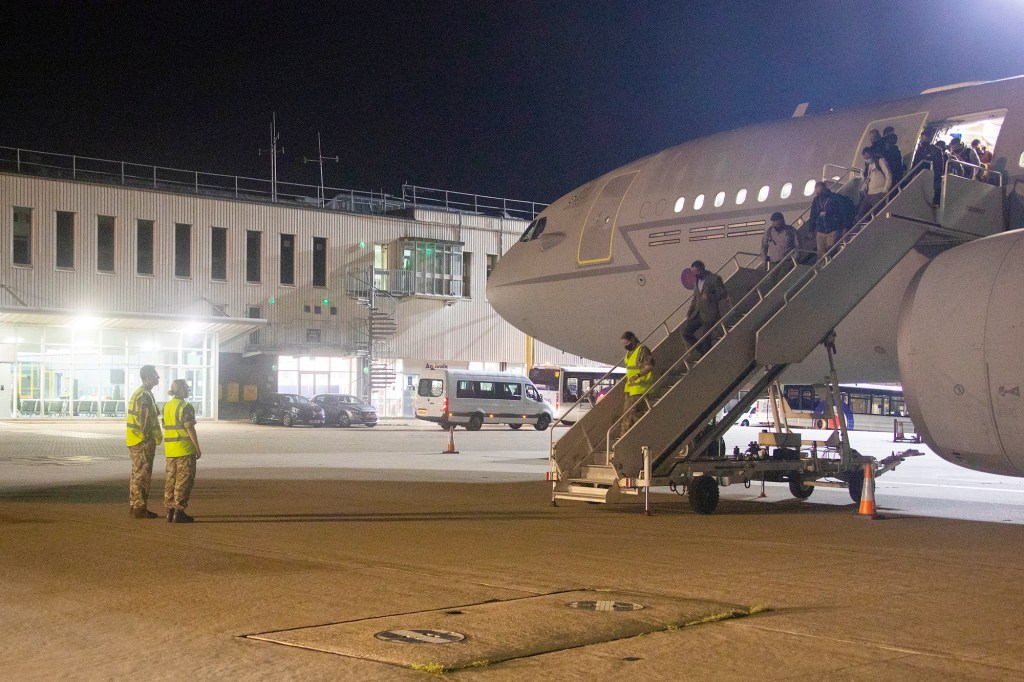 British embassy officials were so desperate to flee Afghanistan that they left sensitive documents identifying Afghan staff and job seekers in an area seized by the Taliban, the British government has confirmed.

London Times reporter Anthony Loyd detailed on Friday how he found the papers strewn on the ground as he visited Kabul’s abandoned diplomatic quarter with a Taliban escort this week.

Defense Secretary Ben Wallace has confirmed that an urgent investigation is open, tell LBC Radio that “clearly it is not enough” that sensitive information has not been completely destroyed in accordance with protocol.

While the Taliban have claimed to offer an “amnesty” to those who aided Western forces, there are numerous reports of door-to-door searches and brutal reprisals.

The papers – some found strewn with ashes from a barbecue, but still legible – gave contact details for at least seven Afghans who worked closely with Britain as well as Germany and the United States , wrote Loyd.

They included the name and address of a senior member of the Embassy staff, as well as the resumes of those applying to be interpreters.

Loyd called the given phone numbers and discovered that at least three Afghan workers and eight family members were still stranded outside Kabul airport among the thousands of people risking their lives to flee the Taliban regime.

“Please don’t leave us behind,” one man in the group told the reporter.

“We are very, very afraid,” said one of the abandoned embassy workers, who, along with his wife and daughter, was prevented from entering Kabul airport by Taliban fighters who whipped them. people and were shooting in the air.

“The scene was terrifying and so horrible. It scared my daughter more than I can describe, ”he told Loyd. “There’s not much time left. “

The British newspaper agreed with the British Foreign Office to keep the story for 24 hours, during which time it managed to rescue some of the trapped employees whose sensitive information had been leaked.

However, the fate of at least two of the job applicants remains unknown, the UK Times said on Friday.

Wallace insisted the government would “get to the bottom” of the potentially fatal failure.

“The Prime Minister will ask a few questions,” he told LBC of Boris Johnson.

“We have to understand how it happened. How fast did people leave? Was there a rush as far as these things were left? He said, adding that no matter what happened, it was “not good enough”.

The Foreign Commonwealth and Development Office acknowledged the apparent error in a statement to LBC.

“The withdrawal of our embassy followed the deterioration of the situation in Kabul. Every effort has been made to destroy sensitive material, ”said a spokesperson.

“We have worked tirelessly to ensure the safety of those who worked for us in Afghanistan and continue to do so,” insisted the spokesperson.

2021-08-27
Previous Post: Australia grants visas to over 100 former embassy staff in Afghanistan, one day after rejecting them | Australia News
Next Post: US evacuates all Afghan embassy staff (report)