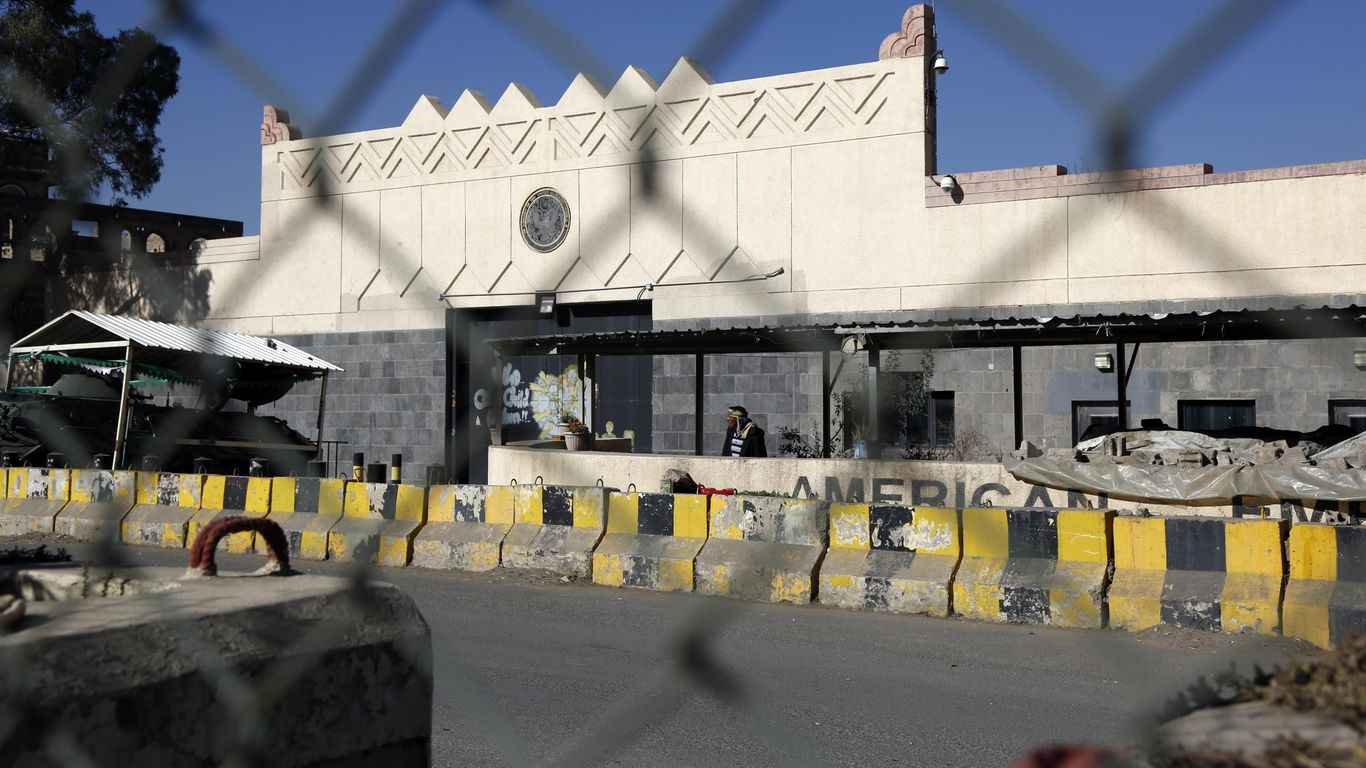 The State Department on Thursday called on Iran-backed Houthi rebels to release Yemeni embassy staff from the United States, fighters detained in the northern city of Sana’a after breaching the compound in the country ravaged by war.

Details: In an emailed statement, a State Department spokesperson also called on the Houthis to “immediately evacuate” the compound and “return all seized property.” Most of those detained, who worked outside the complex for tasks such as security, had been released, the spokesperson said.

“We are concerned that the Yemeni staff at the US Embassy in Sana’a continue to be detained without explanation and we call for their immediate release.”

To note : State Department spokesperson Ned Price said in a briefing in which reports of the detention of embassy workers were released on Tuesday, US officials “continued to make diplomatic efforts behind the scenes to secure their release “.

The big picture: United States suspension of embassy operations in Yemen in February 2015, about five months after the start of the country’s ongoing civil war between Houthi forces and a Saudi-led coalition that supports President Abdrabbuh Mansour Hadi, as rebels took control of Sana’a.