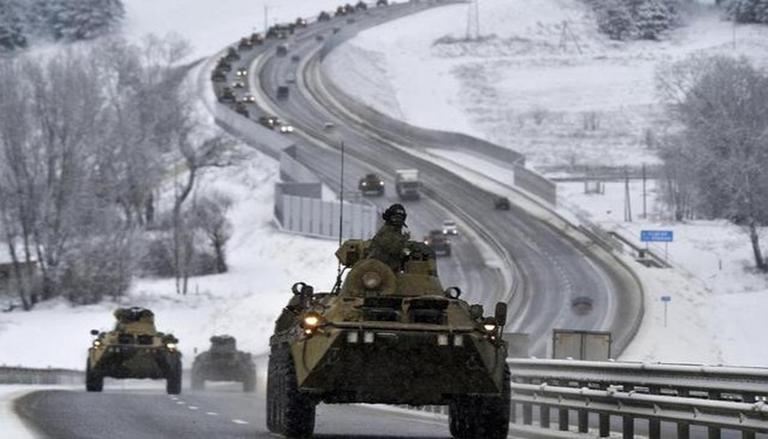 Amid growing tensions between Russia and Ukraine, with Moscow deploying huge military forces along its eastern border, Japan decided to evacuate almost all of its embassy staff from Ukraine. The Japanese government took this decision following the growing tension between Kyiv and Moscow, calling it a threat to people residing in Ukraine, and that is why the embassy asked Japanese nationals to leave immediately.

According to a Kyodo News report, the Japanese Embassy in Kyiv said on Sunday that most of its staff would leave Ukraine due to a possible Russian invasion. On Friday, the Japanese embassy also informed Japanese nationals via email that the embassy would limit its functions from Monday and that “only a few” staff members would remain in the country. It should be mentioned that, along with Japan, the United States, the United Kingdom, Australia, New Zealand and Germany, among other countries, have asked their nationals to leave Ukraine immediately, and several other countries have also started withdrawing their military forces from Ukraine. .

Canada has also expressed concern over the developing situation and has ordered its embassy staff to move to Lviv, near the border with Poland. Notably, Russia itself has also asked its diplomats to leave Ukraine, citing “possible acts of provocation by the kyiv regime or third countries”, the BBC reported. US troops also withdrew about 150 soldiers who were training Ukrainian soldiers outside the country, and Dutch airline KLM also decided to halt flights to Ukraine, citing security concerns.

Meanwhile, the United States has warned Russia of tough action if the country invades Ukraine. The White House issued warnings that Russia could attack Ukraine and could start with aerial bombardments, saying Russia’s attack would likely take place on Wednesday, February 16. However, President Putin denied all the claims and said the troops were stationed solely for security reasons. Amidst all the ongoing evacuation operations in Kyiv, the Ukrainian government asked its citizens to remain calm and united and urged the population to refrain from any action that undermines stability and increases panic. Meanwhile, Russia has slowly started the war game, as footage shared by the Russian Defense Ministry shows several rocket launchers being fired north across the Belarusian border. However, Moscow continues to deny this, saying they have no intention of invading.