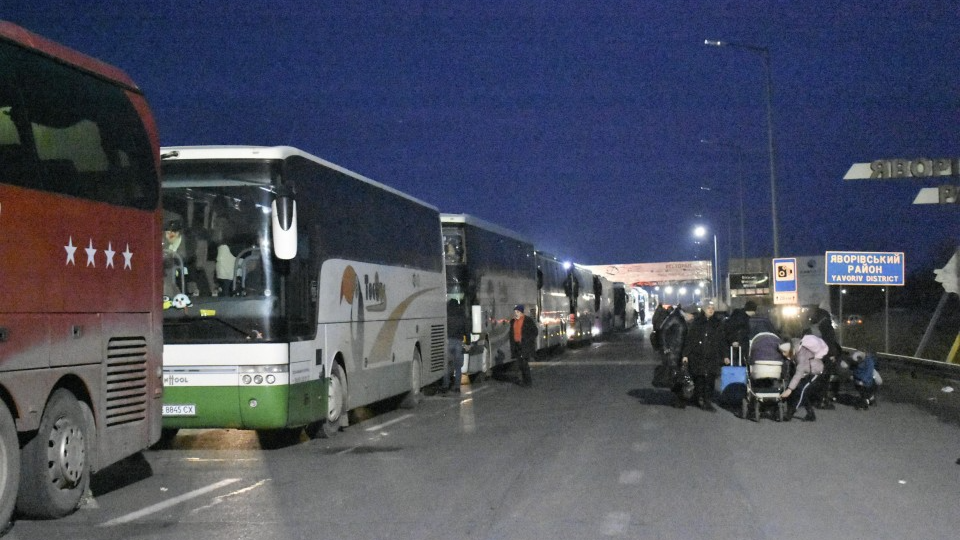 All staff at the Japanese embassy in Ukraine will temporarily leave the country, the government announced on Monday, citing security concerns as the Russian invasion intensifies.

Officials who originally worked in Kyiv will depart from Japan’s liaison office in the western Ukrainian city of Lviv, according to the Foreign Ministry.

A number of long-distance buses wait in Lviv, western Ukraine, on March 2, 2022, to cross the border with Poland after Russia invaded Ukraine. (Kyōdo) == Kyōdo

“The situation in Ukraine is becoming increasingly tense and the risk is also increasing significantly in Lviv,” the ministry said.

Japan will not close the liaison office near the border with Poland and will resume operations “once the situation calms down”, he added.

Until then, the ministry said it would support Japanese citizens living in Ukraine, including those trying to evacuate the country, mainly from the Japanese Embassy in Warsaw and its liaison office in the city of Rzeszow, in southeastern Poland.

The officials’ exit from Ukraine comes less than a week after Japan decided to temporarily close its embassy in Kyiv and transfer all of its operations to the office in Lviv.

All members of the Group of Seven major developed countries, except France and Italy, have already moved their embassies out of Ukraine, according to the ministry.