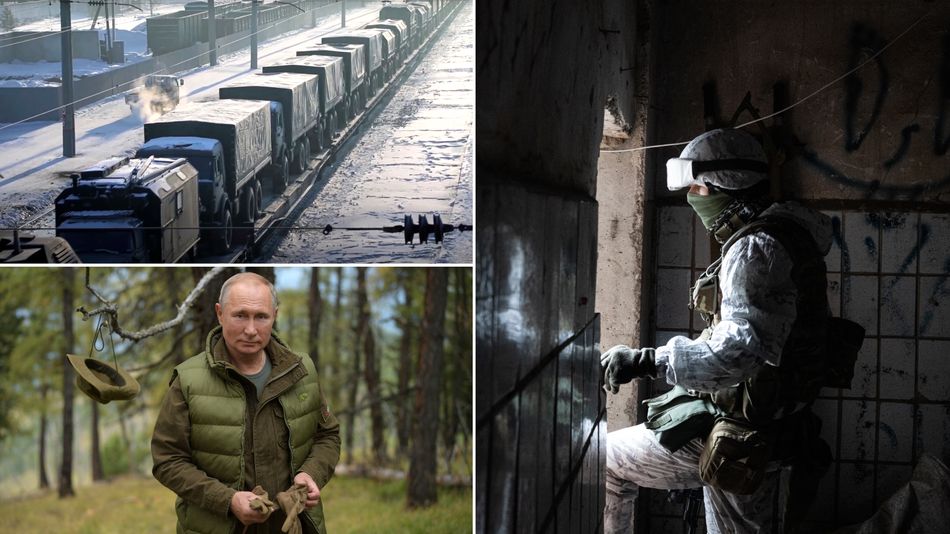 Boris Johnson has warned Russian President Vladimir Putin that a possible invasion of Ukraine would be “disastrous”, as the UK begins to withdraw staff from its embassy in Kiev, the Ukrainian capital.

Johnson’s assessment of the “pretty grim” situation comes amid new intelligence that has emerged suggesting that Russia is considering launching a “lightning” attack on Kiev.

The prime minister urged Vladimir Putin to defuse border tensions before Russia faces “a new Chechnya”, adding that there was a chance “common sense could still prevail”.

However, the Ministry of Foreign Affairs confirmed on its website that it had “taken the decision to temporarily withdraw certain embassy staff and their dependents from Kyiv”.

In addition, NATO members have now confirmed that they are putting their troops on standby.

Despite Moscow’s denials of an imminent invasion, around 100,000 of its troops are massed on the border with the independently proclaimed Ukrainian republics, Donetsk and Luhansk.

Mr Johnson said: ‘Intelligence is very clear that there are 60 Russian battlegroups on Ukraine’s borders, the plan for a blitzkrieg that could wipe out Kiev is the one everyone can see.’

“We have to say very clearly to the Kremlin, to Russia, that this would be a disastrous step.”

He added that the UK was ‘on all fours with the Ukrainian people’ and confirmed that the UK was considering creating a new round of economic sanctions for Russia alongside the supply of defensive weapons to the affected country. .

Writing on its website, the Foreign Office said: “Due to the growing threat from Russia, we have taken the decision to temporarily withdraw some Embassy staff and their dependents from Kyiv. The Embassy remains open and will continue to carry out essential work, including providing consular assistance and support to British nationals in Ukraine.

It also updated travel advice for Ukraine, advising against “all but essential travel to the rest of Ukraine”, except for Donetsk and Luhansk oblasts, where travel is restricted.

British nationals in Ukraine have also been asked to register their presence in the country, allowing the Foreign Office to provide the latest information amid the rapidly evolving situation.

News follows US warning to Americans not to travel to Ukraine and Russia due to ‘potential for harassment of US citizens’, after non-essential embassy staff cleared to leave and that American citizens were invited to follow suit.

Currently, around 30 British diplomats, including the ambassador, are still in Ukraine.

Meanwhile, US Secretary of State Antony Blinken said the US government was putting in place a “series of actions that would be in [Russian] President Putin’s calculation, which included strengthening Ukraine’s defenses with more military assistance.

On Saturday, around 90 tonnes of US “lethal aid”, including munitions and “frontline defenders”, arrived in Ukraine, and the UK sent defensive anti-armour weapons to Kiev, as well as a small training contingent to provide training as part of Operation Orbital, marking the first time Britain has supplied lethal weapons to Ukraine.

Members of the NATO alliance, including Spain, Bulgaria and Denmark, are also sending more fighter jets and warships to Eastern Europe to bolster defenses in the region amid of escalating tensions.