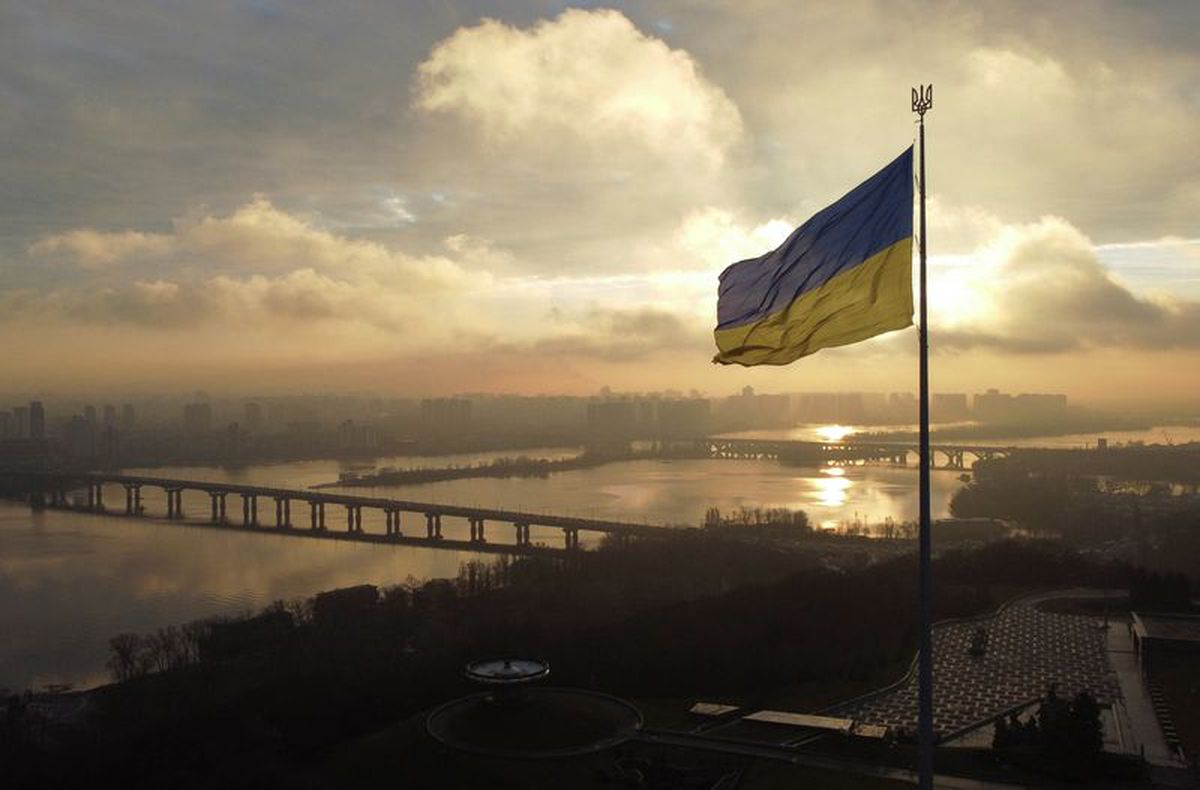 Canada has ordered family members of diplomatic personnel stationed in Ukraine to leave the country, The Globe and Mail has learned.

The move came a day after the United States, Britain, Germany and Australia announced similar moves, amid fears that Russian President Vladimir Putin could soon order an invasion of Ukraine.

Global Affairs issued a statement confirming this decision: “Due to the growing strength of the Russian military and destabilizing activities in and around Ukraine, we have decided to temporarily remove children under the age of 18 from the Canadian Embassy and their accompanying family members.

This is Politics Briefing’s daily newsletter, written by Ian Bailey. It is available exclusively to our digital subscribers. If you’re reading this on the web, subscribers may subscribe to the Policy newsletter and over 20 more on our newsletter sign-up page. Do you have any comments? Tell us what you think.

NEWS OF THE DAY

TRUCKERS ON THE ROAD – A group of truckers have raised millions of dollars in fundraising from throngs of supporters as they drive across the country to protest vaccination mandates, despite the fact that the vast majority of big riggers have been bitten. History here.

O’TOOLE OK WITH EMBRACE OF BATTERS CAUCUS – Erin O’Toole says he has no problem with Saskatchewan Conservative MPs confirming Senator Denise Batters as a member of their provincial Conservative caucus, although Mr O’Toole previously removed Ms Batters from the national caucus after she publicly challenged his leadership of the party. History here.

CHAHAL WILL HAVE TO PAY A FINE – Calgary MP George Chahal says he paid a $500 fine after taking an opponent’s pamphlet from a front door and replacing it with his own during the last year’s election. History here. Details of Elections Canada’s notice of violation are here.

The House of Commons adjourned until January 31 at 11 a.m. ET.

CONSERVATIVES CALL FOR MORE SUPPORT FOR UKRAINE – Conservative critics are calling on the federal Liberal government to take immediate action to support Ukraine against Russia, with proposals that include supplying Ukraine with deadly defensive weapons and the extension of Operation Unifier, which involves approximately 200 members of the Canadian Armed Forces. deployed to Ukraine to provide tactical-level training to the country’s security forces. They made the call in a statement by foreign affairs critic Michael Chong, deputy opposition whip James Bezan and public services critic Pierre Paul-Hus.

LE DÉCIBEL – In Tuesday’s edition of The Globe and Mail podcast, Kelly Grant, national health care reporter for The Globe, talks about her in-depth look at health care in Nunavut and the challenges its residents face in accessing it. While there, she found that the lack of elder care in the territory was one of the most common complaints and one of the most difficult issues to address. The decibel is there.

Private meetings and the prime minister attended a virtual cabinet retreat. Tuesday is the second day of the three-day retreat.

No published schedule for other party leaders.

John Ibbitson (The Globe and Mail) on the bill that is coming due for the federal Liberal government: “For nearly two years, the Liberal government of Justin Trudeau has responded to the COVID-19 pandemic by spending funds at levels not seen in peacetime, to protect workers, businesses and the health care system. This expense was necessary. But this year, the bill is due. And it won’t be pretty. The federal deficit has grown from less than 1% of GDP in fiscal year 2018-19, before the pandemic, to 15% in fiscal year 2020-21. The consolidated federal and provincial books showed a deficit of $326 billion in 2020. In the Group of Seven, we have gone from one of the best debt-to-GDP ratios to the average of the pack: behind Germany, just nearly on par with France and Great Britain, but ahead of the United States, Italy and Japan. Outside the G7, our debt-to-GDP ratio is lower than Australia, Brazil, Denmark, Indonesia, Ireland, Latvia, Mexico, New Zealand, Poland, to South Africa, Turkey and Vietnam, to name but a few.

Andre Picard (The Globe and Mail) on why “I’m done with COVID” is easier said than done: “Utting ‘I’m done with COVID’ as a mantra will not prevent the virus from spreading and mutating. It will not end the threat of infection, especially for the frail elderly and other medically It won’t free up operating theaters or hospital beds for hip replacements and treating cancer patients. It won’t suddenly bring sick workers back to work, diligently teaching children or stacking the shelves of stores. “I’m done with COVID” is tantamount to offering “thoughts and prayers” after a mass shooting. It’s a bromide, not a cure.

Deanna Horton and Roy Norton (contributed to The Globe and Mail) on how Canada can do more to support the United States in its special relationship: “Canada’s brand in the United States is strong. We are naturally adept at leading collaborative efforts on initiatives that might resonate with Americans. The question is, do we have what it takes to deploy, on a priority (and continuous) basis, the efforts necessary to make a difference? Perhaps it is time for Canada, in a concerted way, to try to sell to the US administration, Congress, state governments, business and labor leaders, think tanks and other influencers of comprehensive solutions to bilateral irritants and common challenges. Making Americans understand the value of collaboration is both a valid and viable goal.