By: Maria D. Castillo
In: Embassy staff
At the event. (Photo: VNA)

The president said he had just had very fruitful talks with Russian President Vladimir Putin.

The two leaders discussed 20 issues related to cooperation between the two countries, on which they reached a high consensus, he said, adding that the Russian The President supported many of the issues raised by Vietnam.

The two leaders agreed to issue a joint vision statement on Vietnam-Russia global strategic partnership until 2030.

While appreciating the preparations for the visit made by the Ministry of Foreign Affairs and the agencies concerned, and in particular the staff of the Vietnam embassy in Russia, the president asked the agencies to perform well the tasks assigned by the Party and the state as well as to nurture good relations between the two countries. He also stressed the need to promote bilateral trade and cooperation in the fields of economy, defense, security, science and technology. 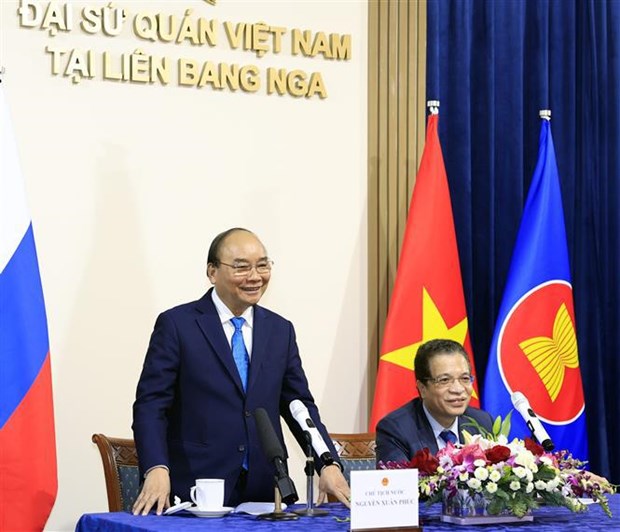 He stressed that Russia is an important and leading partner in Vietnam’s foreign policy.

The Vietnamese President noted that the staff of the Vietnamese Embassy in Russia to implement the conclusion of Politburo No. 12-KL / TW on Vietnamese affairs abroad in the new situation, the task of protecting citizens and support for the life of Vietnamese overseas to have more practical activities and contribute more to the homeland./.