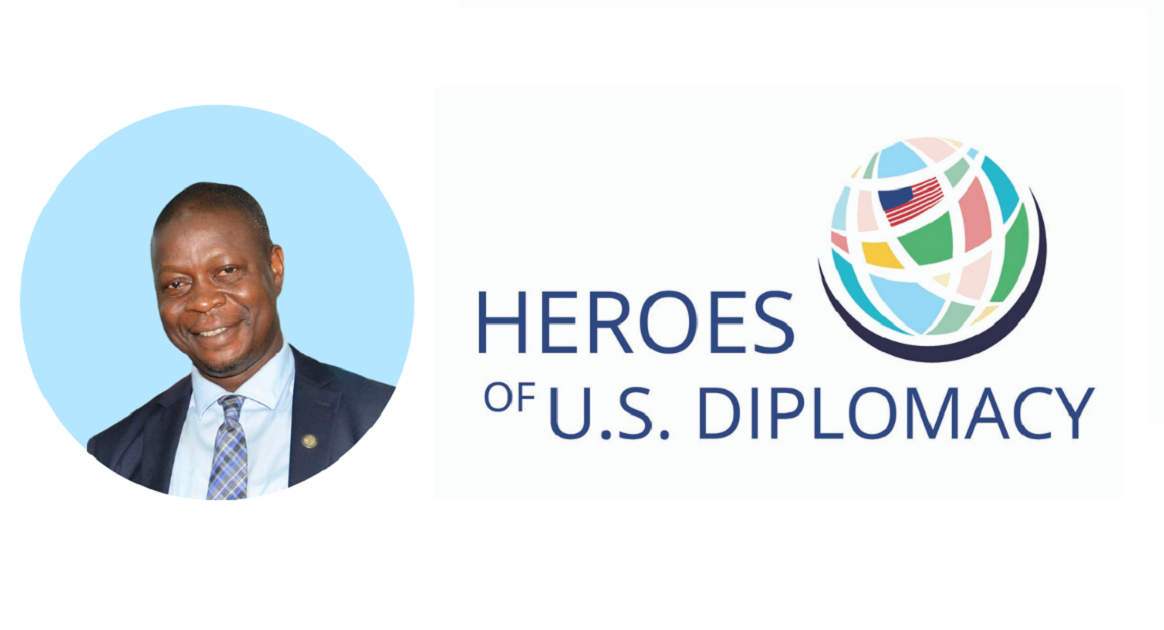 On June 29, 2021, the US Department of State celebrated a retired Liberian staff member Jenkins Vangehn as a hero of American diplomacy. He was recognized for his dedication and courage in advancing the State Department’s mission during the Second Liberian Civil War and for his 19 years of service at the United States Embassy in Monrovia.

The “Heroes of American diplomacy“, Launched in September 2019, shines a light on the stories of modern day heroism displayed by employees of the US State Department and recognizes actions taken by individuals who have” demonstrated sound political judgment, as well as intellectual, moral and even physical courage. while advancing U.S. foreign policy objectives.

During the Second Liberian Civil War, Mr. Vangehn worked in the Political and Economic Section of the United States Embassy in Monrovia. He courageously supported the Embassy and its presence in Liberia under the most difficult circumstances, providing then-US Ambassador John Blaney with vital support, including critical information and updates from the conflict front. and the interior of the country. He also worked to identify US citizens who were trapped throughout Monrovia due to the violence and, at great risk, met them at their homes to accompany them to the embassy. Amid tense encounters and shortages of basic necessities, Mr. Vangehn helped coordinate logistics for the embassy’s repatriation and evacuation efforts. He has continuously demonstrated dedication, selflessness and unwavering courage in advancing the efforts of the United States Embassy to support peace and security as well as to promote Liberia’s economic and social recovery.