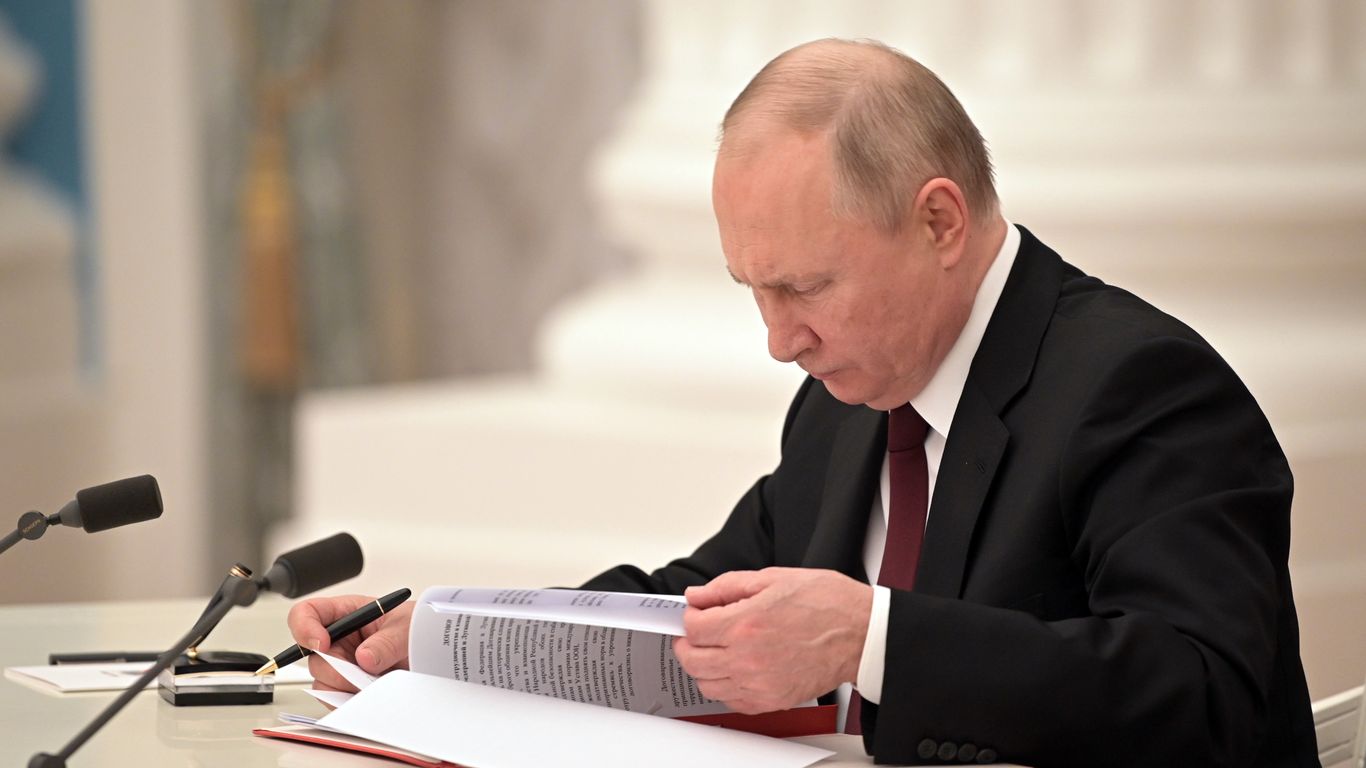 Russia’s Foreign Ministry said it would evacuate its embassy staff from Ukraine as soon as possible, citing “repeated attacks” by Ukrainians since 2014.

The big picture: The evacuation comes as Russian President Vladimir Putin has given his clearest indication yet that Russian troops will launch an invasion further into Ukraine, saying the borders of the separatist ‘republics’ he recognized on Monday will sway. extend to territory currently controlled by Ukrainian forces. [Read the latest updates.]

Why is this important: Western officials fear that Putin’s recognition of the territories and the deployment of “peacekeepers” are just the beginning, paving the way for a wider assault in eastern Ukraine and potentially the rest of the country.

Driving the news: Russia’s upper house of parliament on Tuesday granted Putin’s request to deploy military forces outside the country, authorizing action both in the disputed Donbass region and potentially elsewhere in Ukraine.

Between the lines: Putin has continued to baselessly claim that Ukraine is the aggressor, suggesting that the “anti-Russian” government in Kiev is a security threat to Russia and may possibly be seeking nuclear weapons.

State of play: The United States and its European allies have begun to unveil sanctions against Russia for what the United States now sees as an active invasion, but have yet to trigger the ‘massive’ sanctions package it threatens. .

Go further: The latest developments and the main outstanding questions.