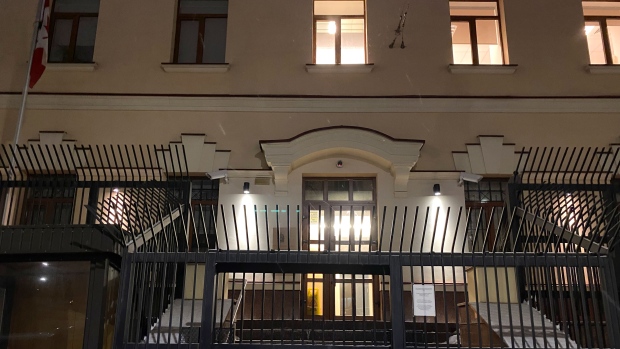 The Canadian government has taken steps to withdraw the remaining non-essential staff from the Canadian Embassy in Ukraine and their families.

Global Affairs Canada announced the decision on Sunday, saying its highest priority is the safety and security of Canadian citizens.

The embassy remains open and officials are able to provide consular support.

On January 25, the government announced that it would “temporarily withdraw” the children of embassy staff if they are under 18, as well as their accompanying family members. This came after Canada updated its travel advisory suggesting Canadians in Ukraine determine if their presence remains necessary.

Other countries have also withdrawn diplomatic and diplomatic personnel from Ukraine due to heightened fears of a Russian invasion.

“As announced earlier this week, Canada will reinforce the team at the Canadian Embassy in Kyiv, Ukraine, with officials with expertise in areas such as security sector reform, conflict management, democratic reform, consular services and diplomacy,” said Global Affairs Canada. in a report.

“Together, they will increase our diplomatic capacity and allow us to continue to assess and respond to developments in support of Ukraine.”