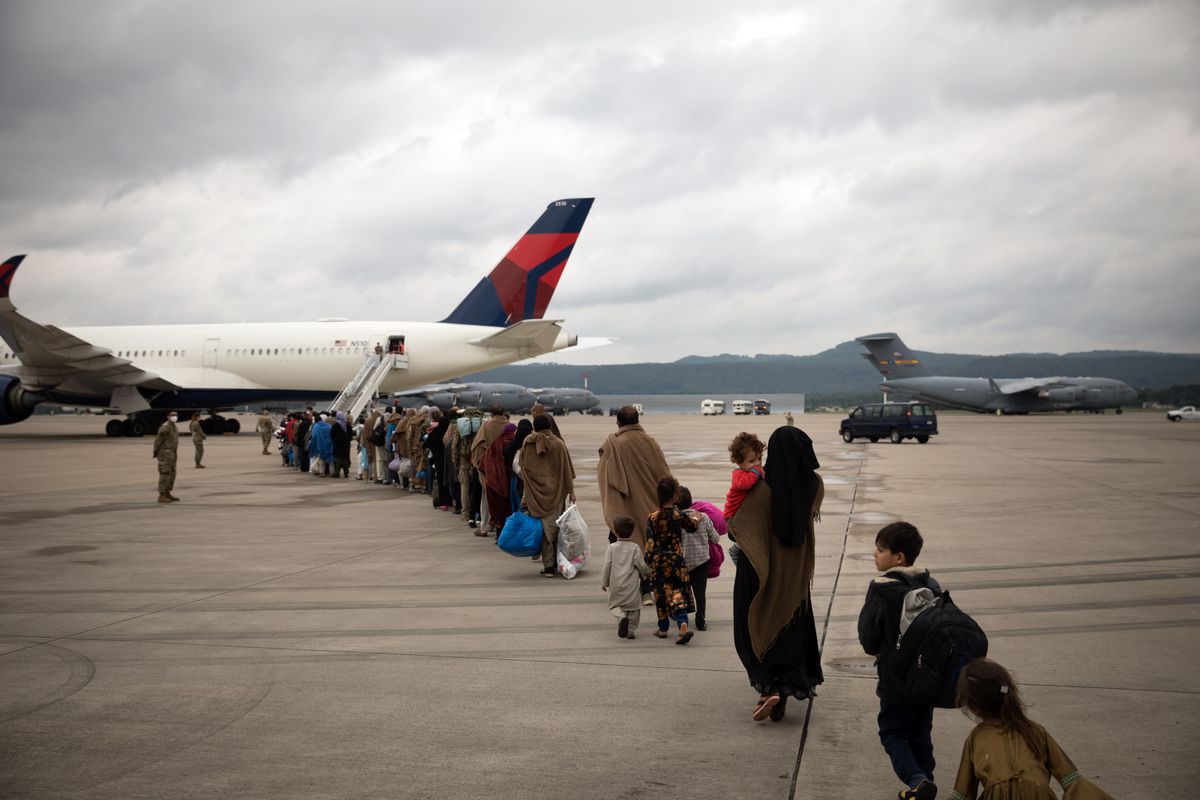 Staff at the Afghan Embassy in Kabul requested an immigration program in 2012. Ottawa approved the initiative in July

Afghan employees at the Canadian Embassy in Kabul urged Ottawa in 2012 to put in place a special immigration program because of the risks they faced while working for the Canadian government. But it took nearly a decade for such a program to be implemented in July of this year, as the Taliban was already launching an offensive across Afghanistan to power.

Thousands of Afghans who had worked for the government or Canadian military and their families remain stranded and in hiding after being unable to cross a heavily guarded airport and take evacuation flights out of the country before the states withdraw -Unis Monday. They fear that the Taliban regime is seeking revenge for its work with Canada.

A government letter between two deputy ministers, which was obtained by The Globe and Mail, showed that staff at the Canadian Embassy in Kabul in 2012 requested a special immigration program “in recognition of the dangers they face. face in Kabul due to their employment with the Government of Canada in Afghanistan.

Had the program been implemented nine years ago, the chaos of attempts to quickly evacuate staff after the fall of Kabul could have was avoided, according to a former senior official at the Canadian Embassy in Kabul who shared the letter with The Globe. The Globe does not identify the individual because members of his family are still stranded in Afghanistan.

Mr Rosenberg wrote that Kabul-based staff brought a proposal to their attention, calling for a special immigration measures (SIM) program similar to the one developed several years ago. earlier in Kandahar, the epicenter of Canada’s military mission in the country from 2001 to 2011.

He wrote that the proposal was drafted after consultations among Kabul-based staff. It included an overview of the situation in Kabul at the time, “including references to the many security threats (targeted assassinations, suicide bombings, improvised explosive devices, kidnappings, night letters and intimidation tactics) to which the LES and their families are exposed on a daily basis. ERP refers to locally recruited staff, with the bureaucratic term referring to Afghan employees.

“The increase in security incidents in Kabul is also highlighted,” Rosenberg wrote.

When The Globe asked about the letter on Wednesday – and why the federal government did not implement a special program when locally recruited staff requested one – a spokesperson for the Department of Immigration and Refugees Refugees spoke of the program implemented in Kandahar.

Maryn Lynn said that in 2009 the Canadian government introduced a program for some Afghans who served as local personnel in Kandahar – including those who assisted the Canadian Forces and Global Affairs Canada.

Ms Lynn said that in 2012, the government implemented a revised policy to reassess those who had previously failed and that in total, more than 800 Afghans, including relatives, were resettled.

“The SIM program was put in place in recognition of the risk faced by Afghans working for us and their families as a result of their support for Canada’s civilian and combat mission in Kandahar, which ended in 2011,” said she said, adding that Afghans who were not eligible could still apply to immigrate to Canada under existing arrangements, and those who did not meet immigration criteria could also apply for humanitarian consideration. These cases, she said, were considered on a case-by-case basis.

But embassy staff had sought a program in Kabul that mirrors that implemented in Kandahar.

The letter shared with The Globe says that records from the Canadian Embassy in Kabul show that 82 people had worked there between its opening and 2012. At the time of writing, there were 53 staff based in Kabul.

A special immigration program for Kabul staff would require considering a number of factors, such as eligibility criteria and a start date, Rosenberg wrote in 2012. It would also require extensive consultation. between federal departments – including Foreign Affairs, Immigration and Refugees. , and Defense – as well as the Privy Council Office and other partner organizations.

“Notwithstanding the above considerations, the concerns expressed by the Kabul-based LES in the attached proposal reflect the risks they face as a result of their employment with the Government of Canada and, as such, deserve attention. more attention, ”the letter said. “I would be happy to discuss this matter further with you and other members of the whole-of-government community on Afghanistan to ensure that the proposal receives the attention it deserves,” the letter concludes.

Two Afghans bound for Canada describe the daring operation led by Ukrainian soldiers who managed to bring them and their families to Kabul airport and on a plane to leave the country. The plane carrying repairers and translators, including one who worked for the Globe and Mail, landed in Kiev on Sunday.

The Globe and Mail

Our Morning Update and Evening Update bulletins are written by the editors of The Globe, giving you a concise summary of the day’s most important headlines. register today.