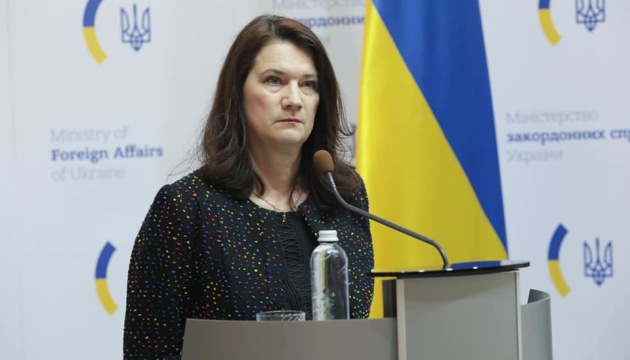 Sweden has no plans to evacuate embassy staff from Kyiv

Sweden currently has no plans to evacuate family members and staff from the Swedish Embassy in Kyiv.

“The conversation took place within the framework of active diplomatic efforts to strengthen the security of Ukraine and Ukrainian citizens against the backdrop of aggressive actions by the Russian Federation,” he added.

Kuleba briefed the Swedish Foreign Minister in detail on the current security situation near the national border and in the temporarily occupied territories of Ukraine, massive Russian disinformation and Russian efforts to undermine economic and financial stability from Ukraine.

Linde reaffirmed Sweden’s unwavering support for Ukraine’s sovereignty and territorial integrity, as well as its commitment to the principle of “no decision about Ukraine without Ukraine”.

She also assured Kuleba of her active support for the implementation of a comprehensive package aimed at deterring Russia from aggressive plans against Ukraine and Europe in general. In this context, ministers discussed the issue of new EU sanctions against Russia.

The parties paid particular attention to additional measures to oppose the negative impact of Russian hybrid aggression on the Ukrainian economy.