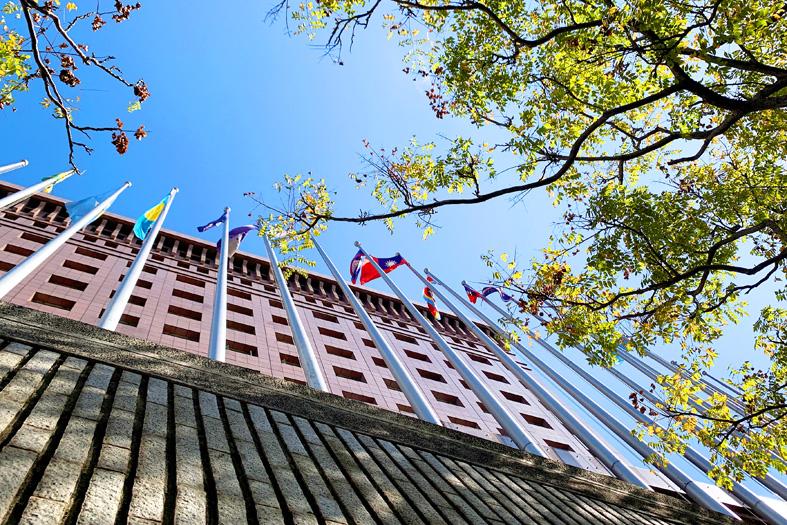 The Nicaraguan government has given Taiwanese embassy staff two weeks to leave, after Managua severed diplomatic relations with Taipei on Friday last week, the Foreign Ministry (MOFA) said on Wednesday.

The decision to leave Taiwanese personnel before Thursday next week was taken during negotiations between the two sides following the diplomatic split, and, on the basis of the principle of reciprocity, the Taiwanese government asked the personnel of the Nicaraguan embassy in Taipei to leave within the same time frame, ministry spokeswoman Joanne Ou (歐 江 安) said.

Taiwan’s embassy in Managua is preparing to close, and staff members and their families – a total of 52 people – would be leaving in stages, Ou confirmed, after La Prensa newspaper in Nicaragua announced the departure the day before.

It is customary for countries to take at least a month to recall their respective staff after a breakdown in diplomatic relations, a diplomatic source said.

La Prensa reported that the Nicaraguan National Assembly on Tuesday abrogated a bilateral free trade agreement (FTA) with Taiwan, which had been signed in December 2006.

Earlier on Tuesday, the Ministry of Economic Affairs said the FTA would remain in effect, despite the severing of formal ties.

On Wednesday, the ministry said either party could withdraw from the FTA by giving six months’ notice, although Nicaragua has yet to notify Taiwan.

Nicaraguan lawmakers on Tuesday also repealed seven other agreements with Taiwan, including a US $ 20.2 million loan signed in 1998 with the Import-Export Bank of the Republic of China to finance an irrigation project in the western Nicaragua, La Prensa reported.

With the loss of Nicaragua, Taiwan has 14 diplomatic allies.

Comments will be moderated. Keep comments relevant to the article. Comments containing abusive and obscene language, personal attacks of any kind or promotion will be removed and the user banned. The final decision will be at the discretion of the Taipei Times.