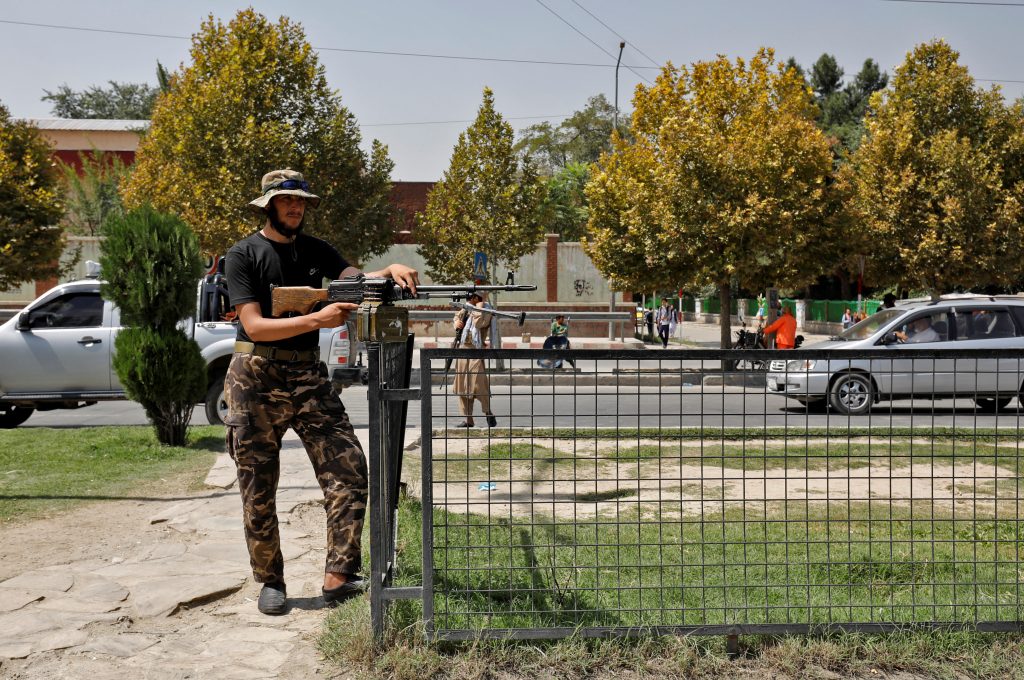 KABUL (Reuters) – Two staff members of the Russian embassy in Kabul were killed when a suicide bomber detonated explosives near the entrance to the embassy, ​​in an explosion that injured 11 other people, news said the Russian Foreign Ministry on Monday.

Police said two people died in the incident but did not give their identities, while the attacker was shot dead by armed guards as he approached the gate.

“The suicide bomber before reaching the target, was recognized and shot by the Russian Embassy [Taliban] guards…there is no information about the casualties yet,” Mawlawi Sabir, the chief of the police district where the attack took place, told Reuters.

The Russian Foreign Ministry said in a statement that an unknown terrorist detonated an explosive device near the entrance to the consular section of the embassy around 10:50 a.m.

“As a result of the attack, two employees of the diplomatic mission were killed, and there are also casualties among Afghan citizens,” the ministry said.

Russia is one of the few countries to have maintained an embassy in Kabul after the Taliban took over the country more than a year ago. Although Moscow does not officially recognize the Taliban government, they are in talks with officials on a deal to supply gasoline and other goods.