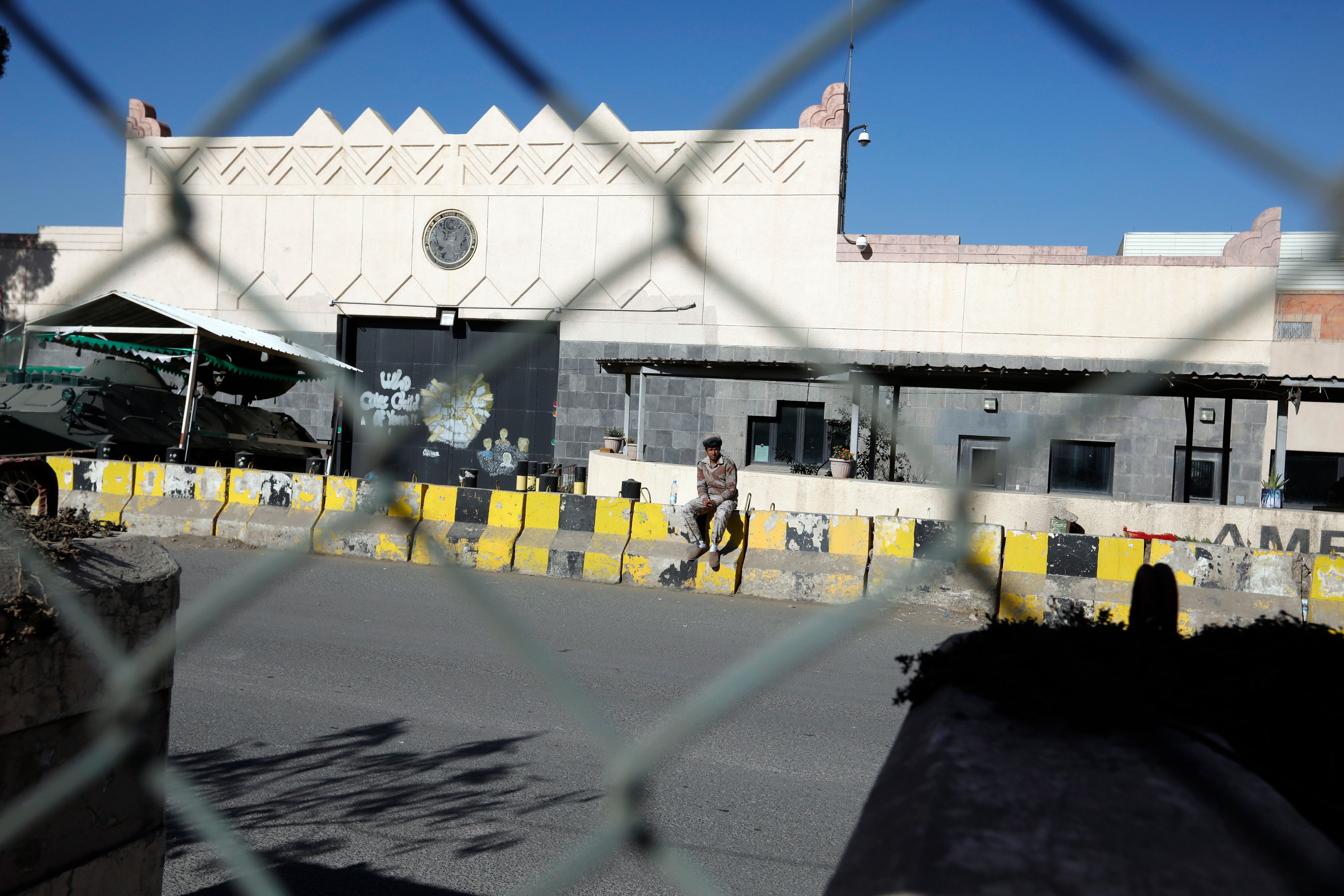 The United States has condemned the continued detention of Yemeni staff at its embassy in Sana’a by the Houthi rebels.

Dozens of Yemeni citizens and their families have been detained and abused by the Iranian-aligned Houthis for working for the United States on an interim basis since the embassy closed in 2015.

“The Houthis must immediately release unharmed all Yemeni employees of the United States, leave the embassy compound, return the seized property and cease their threats,” Secretary of State Antony Blinken said on Twitter.

I condemn the detention by the Houthis of our personnel and the violation of the complex used by our embassy in Sanaa prior to our suspension of operations in 2015. The Houthis must immediately release our personnel unharmed and leave the compound immediately.

A statement last week endorsed by the 15 members of the most powerful UN body called for “an immediate withdrawal of all Houthi elements from the premises” and “the immediate and safe release of those still detention ”.

The Security Council underlined that the Vienna Convention prohibits any intrusion into diplomatic property as well as the “inviolability” and “immunity” of the premises against searches and requisitions – and that the property and archives of a mission diplomatic mission that has been temporarily closed “must be respected and protected”.

The council’s statement follows a Nov. 17 call by the UN for the release of two UN personnel detained earlier this month by rebels.

Yemeni army reinforcements arrive to join fighters loyal to the Yemeni government backed by Saudi Arabia, on the southern front of Marib. AFP

UN spokesman Stéphane Dujarric said last week that UN officials had received assurances from senior Houthi officials that the two men, both Yemenis, would be released.

On Thursday, he said they still had not been released.

The two men, who work for the UN human rights office and Unesco, were arrested on November 5 and 7.

Yemen has been in the throes of civil war since 2014, when the Houthis seized control of the capital, Sana’a, and much of the north of the country, forcing the internationally recognized government to flee south and then to the ‘Saudi Arabia.

A Saudi-led coalition went to war in March 2015, backed by the United States, in an attempt to restore President Abdrabu Mansur Hadi to power.