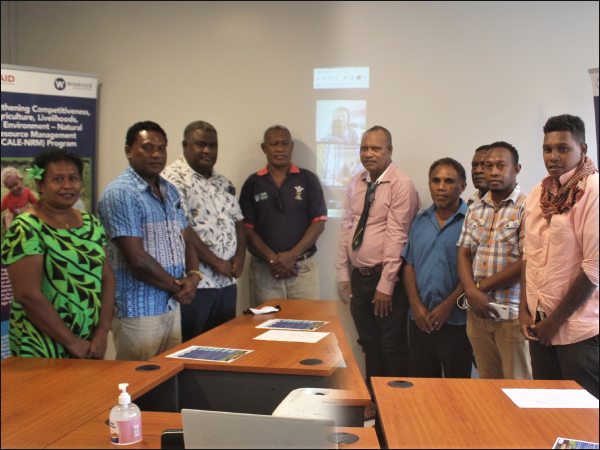 U.S. Embassy Office Director Russel Comeau shared information related to the USAID SCALE-NRM operation in the country during the launch of the Forestry Development Grant this week.

Speaking at the launch of the FDF, which is also part of the SCALE-NRM project, the Director of the Office of the United States Embassy, ​​Mr. Comeau, said that the project was launched after an exchange of letters between the Prime Minister Manasseh Sogavare and US Vice President Mike Pence in 2019.

He said this was leading to the arrival of a team of US Trade and Development Agency officials and two engineers in the Solomon Islands to carry out a scoping study.

He said the team found that Malaita province was struggling to meet development goals 20 years after civil unrest ended in 2000.

He said they have developed the draft blueprint to support the Solomon Islands National Development Strategy which includes the recommendation of the UN Security Council towards the Townsville Peace Accord.

He said SCALE is working in Malaita where aid is most needed to foster its development.

“SCALE NRM, part of the larger U.S. government-funded initiative to work with foreign governments, seeks to address and strengthen agribusiness and trade and improve infrastructure.”

“The SCALE-NRM project aims to address unmet development priorities in Malaita Province as a pilot province for SCALE which hopes to grow in the future.”

“With your support, we are pleased to launch the Forest Development Fund which aims to support critical activities contributing to forest conservation and climate change mitigation.”

With this, he said, “the United States will always favor partnership not rivalry, prosperity, not dependence, security, not dominance, opportunity, not threats.”

By WILSON SAENI
To Auki