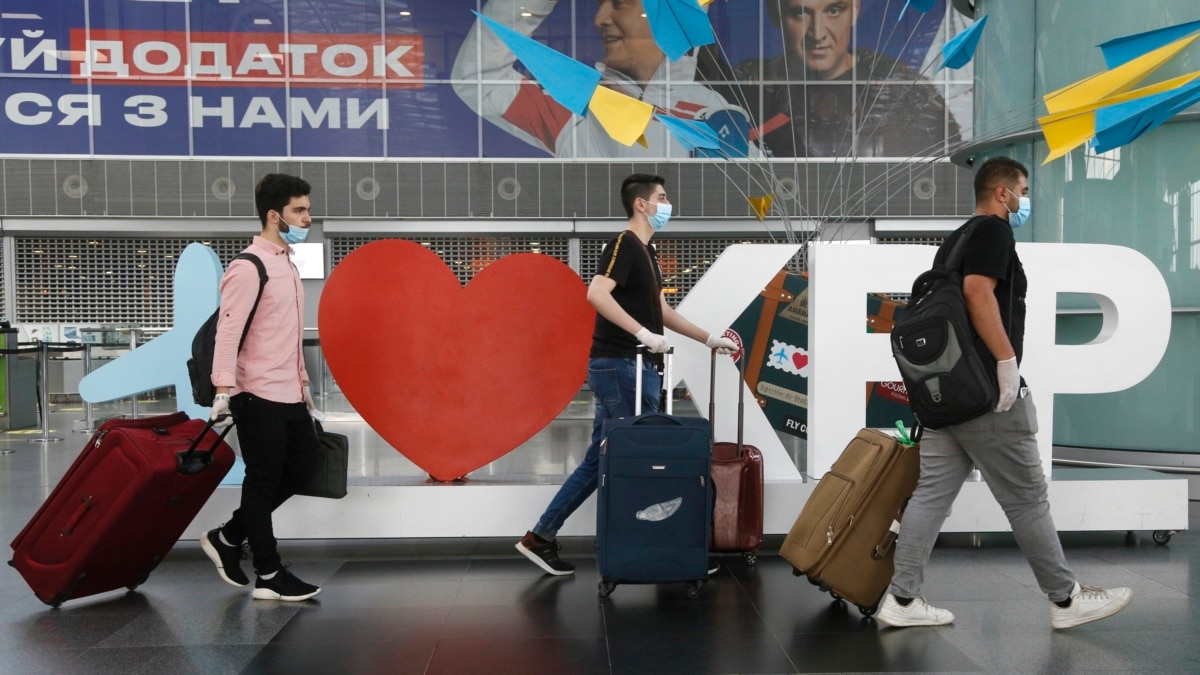 US orders departure of family members of Ukrainian embassy staff

European Union foreign policy chief Josep Borrell said on Monday that the EU does not plan to follow the United States in withdrawing family members of diplomats from Ukraine amid tensions with Russia. .

Borrell spoke upon his arrival for a meeting of EU foreign ministers, which US Secretary of State Antony Blinken was to join virtually.

“We are not going to do the same thing because we don’t know any specific reasons. But Secretary Blinken will let us know,” Borrell told reporters.

Shortly after, Britain said it was withdrawing some of its embassy staff and family members from Kyiv “in response to the growing threat from Russia”.

“While we respect the right of foreign nations to ensure the safety and security of their diplomatic missions, we believe such a step is premature and an example of excessive caution,” spokesman Oleg Nikolenko tweeted on Monday.

The US State Department on Sunday ordered the departure of eligible family members from the US Embassy in Kyiv and authorized the voluntary departure of US direct employees due to the continued threat of Russian military action. against Ukraine.

The State Department has reissued its Level 4 travel warning for Ukraine, stating “Do not travel to Ukraine due to heightened threats of Russian military action and COVID-19.” Previously, the travel warning was also at level 4, due to COVID-19.

The State Department also issued a travel advisory on Sunday evening regarding travel to Russia: “Do not travel to Russia due to ongoing tensions along the border with Ukraine, risk of harassment against U.S. citizens, the Embassy’s limited ability to assist U.S. citizens in Russia, COVID-19 and related entry restrictions, terrorism, harassment by Russian government security agents, and arbitrary enforcement of local law.

Asked about the timing of those actions on Sunday night in Washington, a senior State Department official told reporters they came amid reports that Russia was planning major military action against Ukraine.

The State Department official said security conditions, particularly along Ukraine’s borders, in Russian-occupied Crimea and in Russian-controlled eastern Ukraine, are unpredictable and can deteriorate without notice.

The official said President Joe Biden had said a Russian military invasion of Ukraine could happen at any time, and if there was an invasion, the US Embassy in Kyiv would have limited ability to help Americans who might want to leave the country.

State Department officials said the orders were taken as a “prudent precaution” that in no way undermines U.S. support for the Ukrainian government, and the U.S. Embassy in Kyiv will continue to operate.

Earlier on Sunday, Blinken warned Russia that Washington knows “all the tactics and techniques” Moscow can deploy to undermine the Ukrainian government, but will continue to engage in diplomatic talks in hopes of easing tensions in Europe. from the east.

“It’s certainly possible that the diplomacy the Russians are engaged in is just going through the motions and that won’t affect their final decision whether or not to invade or otherwise intervene in Ukraine,” Blinken said. on NBC’s “Meet the Press”. ”

In a separate interview on CNN’s “State of the Union,” Blinken ruled out the United States immediately imposing tough economic sanctions on Moscow, which it has vowed to do if Russian President Vladimir Putin invades Russia. ‘Ukraine. Russia has massed 127,000 troops just across its border with Ukraine, a former Soviet republic.

Republican Senator Joni Ernst of Iowa, following Blinken on CNN, accused President Joe Biden’s administration of a “doctrine of appeasement” in its dealings with Russia over threats against Ukraine.

“The sanctions must be imposed now,” Ernst said. “President Putin only knows strength and power. We must have a firm resolve. »

Blinken declined to comment on a report by British intelligence that Russia was seeking to replace the Ukrainian government with a pro-Moscow administration. Moscow rejected the request.

“The disinformation spread by the UK Foreign Office is further evidence that it is the NATO countries, led by the Anglo-Saxons, who are escalating tensions around Ukraine,” the spokeswoman said. Russian Foreign Ministry Maria Zakharova on the Telegram messaging app. “We call on the UK Foreign Office to stop its provocative activities, to stop spreading nonsense.”

Some information for this report comes from The Associated Press, Agence France-Presse and Reuters.

2022-01-23
Previous Post: Russia insists embassy staff have not been evacuated from Ukraine due to invasion fears
Next Post: US State Department orders families of US embassy staff in Ukraine to start leaving