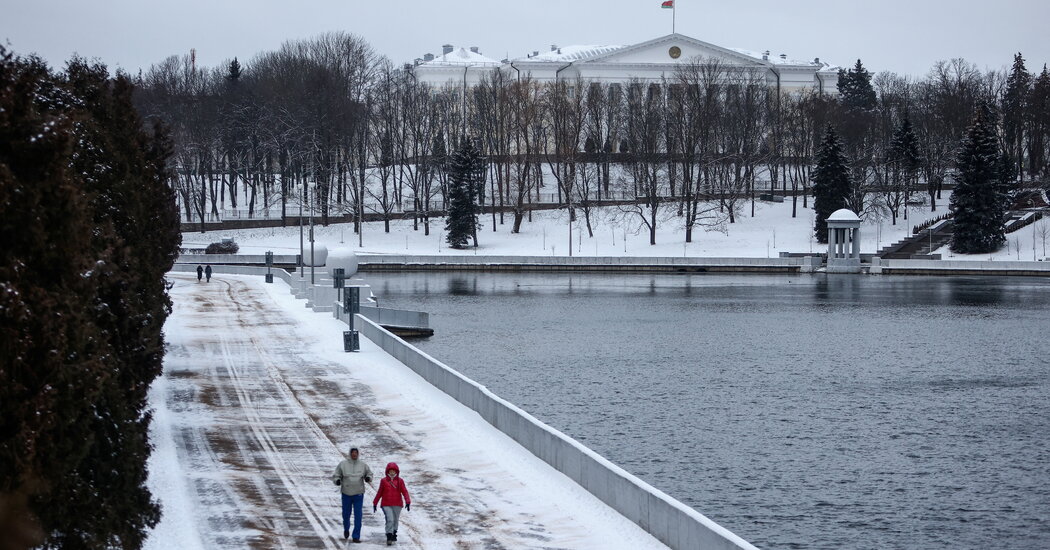 US orders families of embassy staff to leave Belarus

As large-scale Russian military exercises are set to begin in Belarus, the United States has ordered the departure of family members of US government employees, citing “an increase in unusual and concerning Russian military activity near the border with Ukraine”.

The decision comes just over a week after the State Department withdrew the families of American diplomats from Ukraine in response to the buildup of Russian troops on the border. In a statement on Monday, the State Department also warned U.S. citizens planning to travel to Belarus that “the situation is unpredictable.”

Although Russia insists its military exercises pose no threat to Ukraine, which shares a 665-mile border with Belarus that is largely unguarded, the United States has warned they could be used as a pretext to prepare for a possible attack. Ukraine’s capital, Kiev, is a short drive from Belarus’ southern border and is easily within range of the rocket systems Russia deployed ahead of the drills.

Russia has deployed some of its most advanced and best-equipped forces at nine bases and airfields around Belarus, the Russian Defense Ministry said. Already, highly trained special forces units and airborne troops, along with powerful anti-aircraft systems and hundreds of aircraft, have begun arriving at bases across the country, according to Ukrainian and Western officials. At least two Iskander-M rocket battalions have been sent to Belarus, equipped with rockets that can strike anywhere inside Ukraine, Konrad Muzyka, a Russian military analyst, said. said on Twitter.

The exercises, named Allied Resolve-2022, are disturbing not only Ukraine, but also NATO countries like Poland and the Baltic states along Belarus’ western border.

On Tuesday, the Russian Defense Ministry released a video showing a newly deployed Russian military camp on the border with Poland. The camp is equipped with a hospital, classrooms for soldiers and recreational facilities, indicating that Russian troops, as feared by Western authorities, could be deployed in the region longer than the duration of the exercises, which must end on February 1. 20.

In remarks to the United Nations Security Council on Monday, US Ambassador Linda Thomas-Greenfield said up to 30,000 Russian troops could be deployed for the drills, adding to what she called the largest mobilization of troops in Europe for decades.