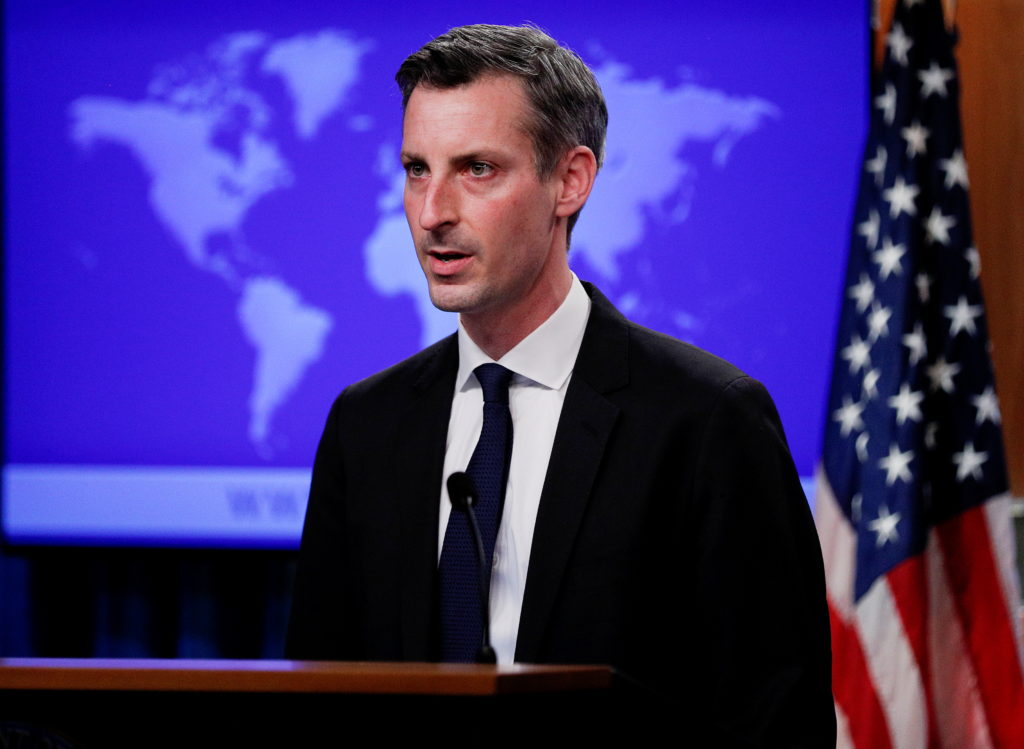 Watch Price’s remarks in the player above.

“We are accelerating preparations to resume embassy operations as soon as possible,” State Department spokesman Ned Price said in Washington on Tuesday.

“We are constantly evaluating, evaluating and re-evaluating the security situation with a view to resuming embassy operations as soon as possible,” he said.

Russia continued to hammer eastern and southern Ukraine on Tuesday as the United States vowed to “continue to move heaven and earth” to get kyiv the weapons it needs to repel the new offensive, despite warnings from Moscow that such support could trigger a wider war.

Russian Foreign Minister Sergei Lavrov has warned that if the flow of Western weapons continues, talks aimed at ending the fighting will yield no results.

The day before, Lavrov had accused NATO of “pouring oil on the fire” with its support for Ukraine. He also warned of a Third World War and said the threat of nuclear conflict “should not be underestimated”.

“It’s the height of irresponsibility,” he said.

For the second day in a row, explosions rocked the breakaway Trans-Dniester region in neighboring Moldova, knocking out two powerful radio antennas near the Ukrainian border and further heightening fears of a wider conflict across Europe. No one claimed responsibility for the attacks, but Ukraine almost blamed Russia.

“We reiterate the Moldovan government’s call for calm and response to these incidents and we fully support, as you have heard us say before, the territorial integrity and sovereignty of Moldova,” Price said.

It was unclear who was behind the explosions in the Trans-Dniester, but the attacks raised fears that Russia was stirring up trouble in order to create a pretext to intervene. Around 1,500 Russian troops are based in Trans-Dniester, a long, narrow strip of land with around 470,000 people along the Ukrainian border.